MobleyMD is recognized internationally as one of the top Facial Plastic Surgery practices in the US.

Watch our educational video created by Dr. Mobley on YouTube to help you understand how this life-changing procedure works!

Learn more about Nasal Valve Collapse, and how Dr. Mobley can treat this condition surgically to help restore your breathing, appearance, and overall quality of life.

SEE WHY PATIENTS FLY FROM ALL OVER THE US TO EXPERIENCE DR. MOBLEY AND HIS TEAM’S EXPERTISE IN FACIAL PLASTIC SURGERY.

Dr. Mobley is proud to lead the way in establishing Utah as a major destination hub for Facial Plastic Surgery. Whether you’re from out of state or out of country, our Patient Care Team is dedicated to making your experience with us as simple, efficient and discreet as possible.

The internal nasal valve is narrowest part of the entire upper airway (from the nostrils all the way down to the trachea or windpipe). It is located in the nasal middle third where the upper lateral cartilage attaches to the septum. If you were to grab the middle of your nose with your thumb and index finger and wiggle it back and forth you will basically be holding the “internal nasal valve” between your thumb and index finger.

A detailed history and complete nasal exam are critical to diagnosing internal nasal valve collapse. Each year, Dr. Mobley sees many patients who have undergone previous nasal surgery by other surgeons but still do not have optimized nasal breathing. While each revision case has its own details, this fact underscores the importance of having your initial nasal surgery by someone dedicated fully to functional nasal surgery. It is optimal (obviously) to have all areas of nasal compromise diagnosed by a thorough evaluation, and then; if surgery is needed- have everything taken care of in just one operation. During your consultation Dr. Mobley will perform a series of examination manuevers to determine if you do suffer from nasal valve collapse. In addition to valve collapse, a complete intranasal exam will slso help Dr. Mobley determine if you suffer from a deviated nasal septum, inferior turbinate swelling, sinus infection or polyps, or adenoid enlargement. A Sinus CT scan may be required for some patients.

Short of committing to wear Breath Right nasal strips daily there are not many excellent non-surgical treatments for internal valve collapse. Some patients find relief with prescription nasal sprays. However, since Utah is one of the driest states in the nation, the long-term use of these sprays can lead to nasal drying, irritation, and recurrent nosebleeds.

The best surgical treatment for internal nasal valve collapse is to open up the restricted nasal valve by placing a graft (of your own cartilage) called a “spreader” or “spacer” graft. A spreader graft is a cartilage graft that is insert between the septum and upper lateral cartilage, thereby widening the area of narrowing and opening up the internal nasal valve. The cartilage is usually carved from septal cartilage that is removed during a concurrent septoplasty. Sometimes Dr. Mobley uses a “Nasal Valve Suspension” technique although this is less commonly performed it is indidcated in certain patients.

Recovery from nasal valve surgery can be very quick. Most patients will want 2-4 days simply to recover from having had general anesthesia. Dr. Mobley rarely packs noses after surgery and so most people experience improved nasal breathing as soon as they awake in the surgical facility. The nose will appear somewhat swollen for 2-8 weeks based on how quickly you heal in general. Vigorous physical activity can be fully resumed in 2 weeks and contact sports engaged in after 6-8 weeks of recovery.

Other related procedures may include the following:

WHAT OUR PATIENTS ARE SAYING

“I absolutely LOVE my nose now and confidence is 1000x better! Mobley is amazing at what he does and walks you through the process and pricing etc. I am now confident and am obsessed and it is exactly how I wanted it to look. I would highly recommend Mobley to anybody, I actually have sent a few people to him! Best decision and surgeon ever!

AN OFFICE INSPIRED BY INNOVATION

Experience our state of the art facility in the heart of Utah's Medical Corridor!

Mobley MD Facial Plastic Surgery office was built from the ground up and designed specifically for the patient experience. Our patients have exclusive access to Millcreek Surgical Suite, a AAASF nationally certified center that provides an unparalleled experience for discerning cosmetic patients. Located steps away from Utah’s renowned St. Marks Hospital, our office houses our state of the art surgical facility and our boutique medical spa, BeautyNow. 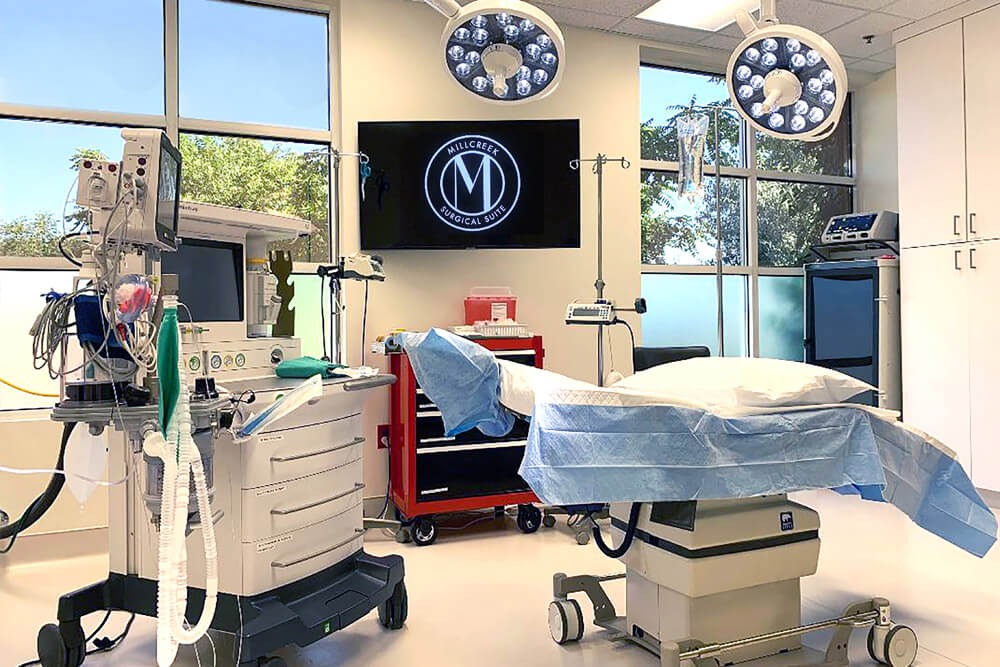